While presiding over the 35th NRM anniversary victory celebrations at Entebbe State house, president Museveni decried election Violence Intimidation and Cheating in elections and promised to carry out an aftermath election audit to ascertain areas where voters failed to use biometric voter system machines, something he claimed aided multiple voting.

“ After conclusion of local council 3 elections on February 3rd , we shall carry out an election audit to ascertain those who voted without their thumbprint verification”. Museveni stated.

Before then in 1962, the president noted that politics was based on sectarian tendencies along religious and tribal lines.

At a lowly attended ceremony by about 50 dignitaries including the vice president, His Excellency Edward Kiwanuka Ssekandi, the Speaker of Parliament Rt. Honourable Rebecca Alitwala Kadaga, the Rt. Honourable prime minister Ndugu Rukahana Rugunda, the Chief Justice his Lordship Alphonse Owinyi Dollo and the UNDP country representative
Rosa Malongo among others, the president, in a rare short unwritten speech, explained to his attentive small audience the history of his struggle in the politics of Uganda  which he started way back in 1965 as a student’s leader.

Before then in 1962, the president noted that politics was based on sectarian tendencies along religious and tribal lines. “ Democratic Party (DP) was for Catholics, Uganda People’s Congress (UPC) was for Protestants and Kabaka Yekka ( KY) was for the Baganda” the president noted, this kind of politics was devoid of development for the amalgamated regions of the country namely Buganda, Busoga, Bunyoro, Tooro, Ankore, Kigezi, Bugishu, Bukedi, Lango and Acholi that had just agreed to form a united Uganda.

The president emphasised that his struggle in politics didn’t start with 1980 rigged elections but began with his efforts to mobilise young students who would later be assisted by the late Mwalimu Julius Nyerere to form FRONASA fighters who were trained in Mozambique.

The president underscored the importance of ideology in politics as opposed to excitement and opportunistic mentality. Mr. Tibuhaburwa congratulated Ugandans upon cerebrating 35 years of NRM liberation and going through the just concluded presidential and parliamentary elections peacefully. The president appealed to Ugandans to shun violence and embrace farming and cultivation practices that combine interests of the stomach and that of the pocket.

“Avoid production of ekidha kyonka- (stomach) and produce for the pocket as well.”The
president stated.

The president who deliberately avoided talking about his arch rival in the just concluded presidential election Robert Kyagulanyi Ssentamu who was under house arrest, the president said that his next term of office will revolve around securing the cohesion and cooperation of East Africa so as to widen the market of Uganda’s production which shall include oil production. Commenting on a request to grant honourable Robert Kyagulanyi Ssentamu unfettered movement, Cyprian Kizito Lwanga’s representative at ceremony who conducted prayers, monsinoir Charles Kasibante
called for reconciliation and dialogue as a way of cementing long lasting peace for the country.

On reconciliation and dialogue, the president reiterated his stand for reconciliation has been the order of the day citing one of Obote’s grand son who is a deputy director of research in president’s office and Tito Okello Lutwa’s son who is a state minister in his government. He stressed that he is open to dialogue and reconciliation but will take a stern stand against violence. 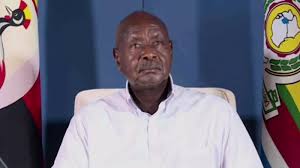 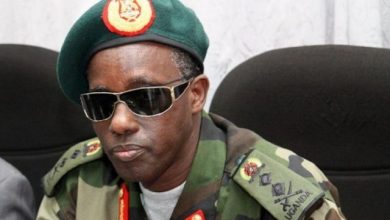 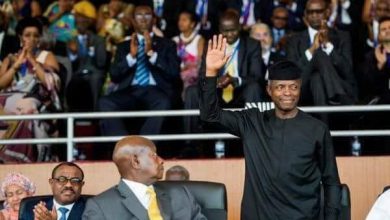