Adherence to medication, stigma and discrimination, together with other social inequalities and exclusion, are also proving to be key barriers to the progress. Uganda is one of the 24 countries which are “well on the way to ending their Aids epidemics”, a milestone reached when there are fewer than three new infections annually per 100 people living with HIV. Gender inequality, stigmatisation, lack of finances, a high rate of new infections and low viral suppression in children are among factors  hindering Uganda from achieving the target.

Despite introducing expansive and expensive tools to fight HIV, many countries remain off target and may not achieve the global 2030 HIV/Aids targets to reduce levels of transmission, scientists have warned.

The team of medical experts and scientists revealed that currently, there is little prospect of reaching global targets for HIV/Aids elimination in Uganda by 2030.

“We found that HIV testing rates are growing very slowly and condom use is generally not increasing.It could be difficult to meet the UNAids testing targets or to achieve the behavioural change goals.
This means that previous modelling studies probably overestimated the ability of achieving HIV elimination goals in Uganda,”

Pre-exposure prophylaxis In addition to testing and condom use, the introduction of pre-exposure prophylaxis (PrEP) to further reduce chances of infection among people at high risk has been hailed as a game-changer. But the number of people taking the pill is lower than the earmarked target.  For instance, PrEPwatch, a global tracker for the uptake of PrEP, says over the last three years, about 82,000 Ugandans have been enrolled into the programme since it was launched in 2017, which is four times lower than the country’s target of 300,000 (with 100,000 people being put on the pill annually). The scientists noted that although the intake has increased globally, the number of people taking the pill falls short of the United Nations Programme on HIV/Aids (UNAids) target. Adherence to medication, stigma and discrimination, together with other social inequalities and exclusion, are also proving to be key barriers to the progress.

Uganda is one of the 24 countries which are “well on the way to ending their Aids epidemics”, a milestone reached when there are fewer than three new infections annually per 100 people living with HIV. The country’s ability to limit the spread of the virus has been due in part to a lessening of discrimination against those known to be infected, UNAids noted. But gender inequality, stigmatisation, lack of finances, a high rate of new infections and low viral suppression in children are among factors hindering the country from achieving the target.

Slow pace of testing In Uganda, scientists estimate that the slow pace of testing coupled with a low uptake of prevention methods like use of condoms could significantly hamper the progress made to reduce the burden of the virus.

Experts have also warned that the coronavirus pandemic’s effects on healthcare for tuberculosis (TB), malaria and HIV could lead to many deaths. In a worst-case scenario, HIV deaths are projected to rise by a tenth over the next five
years as health services, supplies and access to life-saving drugs are interrupted in the sub-Saharan countries where the disease is most prevalent.

A modelling by the World Health Organisation (WHO) estimated that if efforts are not made to mitigate and overcome interruptions brought about during the Covid-19 pandemic, a six-month disruption of antiretroviral therapy (ARTs) could lead to more than 100,000 extra deaths from HIV/ Aids-related illnesses, including from tuberculosis, in Uganda in 2020 and 2021. These interruptions could effectively set the clock on Aids-related deaths back to 2008, when more than 950,000 such deaths were observed in the East Africa.
When treatment is adhered to, a person’s viral load drops to an undetectable level, restoring the person’s health and preventing onward transmission of the virus.

Negative impact Even relatively shortterm interruptions to treatment can have a significant negative impact on a person’s health and potential to transmit HIV.
In the last couple of years, scientists have developed a plethora of preventive methods to both protect people who are at high risk of getting infected and reduce the burden of taking pills daily. The latest innovation has been trials of several long-acting antiretroviral HIV medicines in development, which researchers researchers hope will ensure that people consistently take the drugs that can prevent the virus from replicating in their cells.

New drug At the virtual HIV research for prevention conference (HIVR4P), scientists announced that a new drug called Islatravir, taken once-monthly has shown promising results in the quest to prevent HIV infection. Islatravir is the first oral drug in phase three development for HIV prevention and treatment. The news came just days after the WHO approved the use of a silicone vaginal ring containing the antiretroviral drug known as dapivirine for women. At the same time, the US Food and Drug Administration (FDA) gave the greenlight for a new monthly injectable ARV known as Cabenuva (cabotegravir and rilpivirine). “Many people struggle to take a pill a day and this is a way that people can get access to treatment benefits without potentially having to navigate daily pill taking, which when it’s lifelong can be fairly burdensome,”
Sinead Delany-Moretlwe of the University of the Witwatersrand, South Africa said.
Setbacks Despite each apparent breakthrough, scientists have faced numerous setbacks and disappointments.
Oftentimes, it seems that for one step forward researchers take, an unforeseen obstacle sets them back by one and even two steps.

A vaccine could significantly taper infections globally, scientists say. But developing a vaccine against HIV is not so straightforward. Whereas most other vaccines work by teaching the adaptive part of the immune system to produce antibodies that clear an infection, antibodies are unable to clear HIV infection.

This is because HIV reproduces so fast, and mutates so quickly, that antibodies produced against the virus quickly become ineffective. Efforts to develop a vaccine have been hampered by the genetic diversity of the virus itself. This is because the virus not only replicates fast (a little more than 24 hours) but is also prone to frequent errors, churning out mutated copies of itself which recombine into new strains as the virus is passed from person to person. Traditionally, when an infection occurs, specialised white blood cells called CD4 T-cells initiate an immune response. Ironically, these are the very cells that HIV targets for infection. By doing so, HIV hobbles the body’s ability to defend itself as the CD4 population is systematically depleted, resulting in the eventual breakdown of defences or immune exhaustion.

“Getting a vaccine for HIV is not like Covid-19. The two viruses behave very differently and while the latter trains the body to develop immunity, HIV does not,” said Dr Anthony Fauci, an American physician-scientist and immunologist who heads the National Institute of Allergy and Infectious Diseases. 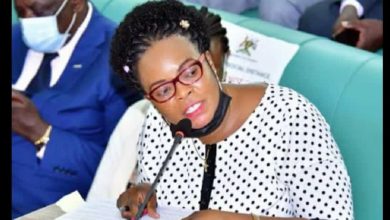 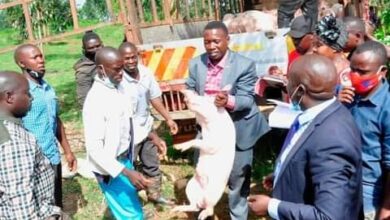