While appearing on a local television recently, seasoned journalist and leading proponent of MK movement/MK army, a group that’s traversing the country trying to popularise the hard to sell Muhoozi presidency, Andrew Mujuni Mwenda, while appearing on one of the local Tvs, called Kakwenza names branding him a “fraud”.

Kakwenza Rukirabashaija is a Ugandan distinguished novelist and writer of repute who is currently exiled in Germany following the unenviable ordeal of torture and incarceration orchastrated by the Government of Uganda. Kakwenza jumped bail and fled Uganda charged of a case of annoying another individual (president of Uganda’s son Muhoozi Keinerugaba) under the 2013 enacted law of computer misuse act.

It should be noted however, that the constitutional Court in Uganda, earlier this month, January 2023, annuled the 2013 enacted law from which Kakwenza and another Ugandan Stellah Nyanzi, (also in exile), were charged.

Characteristic of his style of handling his opponents through sarcastic criticism writing, Kakwenza has angrily reacted to Andrew Mwenda and called him to order appealing to him to leave him alone.

While growing up, I looked upon you as a model figure. I voraciously read everything you opined in newspapers and listened to your shows with utmost veneration. I did not know that I would at one point have another person to look up to except you. You were a great reader (Probably you still are) and I do not regret the ephemeral logical admiration I had for you until the ignoble irregularity a decade ago. Truth is, I learnt a lot from you. You inspired me to read because I wanted to be as intelligent as you. To me, you were like a moving encyclopedia. You were a public intellectual and a role model not only to me but to many youths until you became an akratic man with severe incontinent diarrhea of the mouth to defend, with indescribable alacrity, the greedy barbarians. That shameful aberration pulverised you to an errant egoist, self-appointed guardian of common sense and a public fool.

Yesterday, I watched you on NBS Television proudly defending Gen. Muhoozi Kainerugaba that he is very respectful to the authority. In callous disregard of the supreme law of Uganda, the Constitution and conceivably other statutes pari materia, Muhoozi is recalcitrantly engaging in partisan politics yet as a serving army officer is supposed to first retire from service and then participate in politics. A person whom you are blindly defending to be respectful to the authority is not subservient to the laws. It is his constitutional right to hatch presidential ambitions but as a person whom you say respects authority, must bow down to the law. It is the law which makes us all equal.

Speaking on my behalf as a victim of his lack of respect to the authority, he ordered his personal assistant, Maj. Denis Kakande (his own statement is before court), to break into my house—on Arches Close Kisaasi—with a sledge hammer and deliver me to him (Muhoozi) for torture just because I made unflattering tweets about him and his moribund father. Is there authority that is greater than the law? The law clearly provides a procedure on how a person who is suspected to have committed a crime, must be arrested and produced before court. Such a procedure is inviolable.

You, on live broadcast, called me a fraud equipped with foul language just because you could not defend your boss’ indefensible cannibalistic trait of dehumanizing critics. The scars I carry on my back, arms and thighs, the broken ankles I walk with and the severe PTSD which I suffer is as a result of Muhoozi’s lack of emotional intelligence and callous disregard for the law and humanity. While you once called Yoweri Museveni a village idiot and subsequently with indescribable slapdash sought his forgiveness, it does not mean that I copy from you to repudiate my TRUEST DESCRIPTIONS of them despite unflattering touch. My conscience and reason are incorruptible. My words are the weapon against oppression.

I watched you spew egregious distortions with staccato in total ignorance of what Gen. Muhoozi is capable of. Please eat your buttered bread, as his handpicked propagandist and leave me alone. You have never been a victim of my unflattering descriptions not because I have nothing to describe about you but out of respect which I once had for you!

Kindly do not invoke my temper because my waspishness stings!

Hue And Cry Of Torture And Abductions In Uganda.

There’s wide spread of abduction and torture of opposition inclined supporters especially those of the leading opposition political to the 37 years regime of president Tibuhaburwa Museveni. 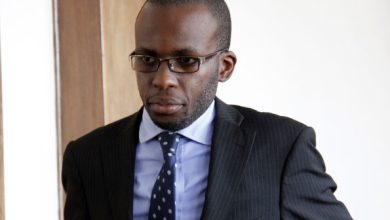 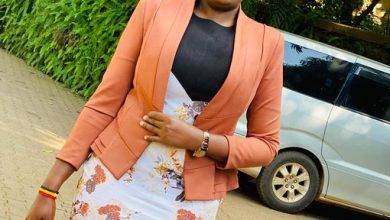 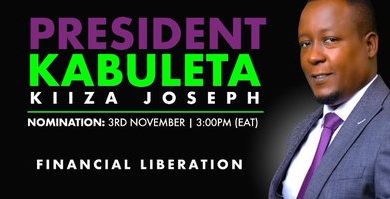