Yuliana Namubiru has this to say:

These are stories we shall tell our grandchildren.
So Taata w’abaana sees we are watching Magufuli’s funeral. Oh, I saw he died, does that mean Shose will finally be free to move on?

You see, Shose was my housemate at University, I always gravitated, even looked out for fellow Africans and was always excited to meet East Africans and Ugandans especially. Whilst I knew adults from Uganda growing up. I knew no one my age and my friends reflected my social circle usually formed at school, and apart from one, all were non-Africans. So University was my chance to finally interact with Africans my age and I loved it.

I met Shose at an African student’s evening, and we hit it off straight away. She was Miss TZ and the friend who introduced us called me Miss UG (I wasn’t, but you know what Ninja boys are like on a mission.

Shose was super smart, glamorous, drop dead gorgeous and FUN. Although in different faculties, we started hanging out with each other and doing everything together. We partied, she taught me how to make real ugali, dance to lingala… And on one hot spring day as we walked to lectures, she had her hair in pigtails and yellow sunflower bands at each end. She said “Jules look, you’re too straight when you walk” let me teach you how to walk like an African girl.

Knowing my shortcomings, I agreed to hold her bag as she walked infront of me. People can walk, but this girl could WALKKKK. Her perfectly shaped kyensuti had a mind of its own, and she thought I should learn to strut. We both burst out laughing when I tried several times, and it became clear I was a lost cause. I walk straight I can’t and will never learn to kubigula.

Anyhow, Shose, and I became housemates and moved in together. She taught me so much about Africa, food, people, the schools. Whilst she was from TZ she had attended Waterford in Swaziland so her knowledge of the continent was better than mine and seemed vast. After graduation, she was offered a job at Anderson Young, but turned it down to return to TZ.

Africa is where the “REAL LIFE” is Jules she told me. Every time we spoke, she would urge me to leave Europe and return to Uganda. I told her our two homes were very different. She was doing well for herself, had opened a school and was rising rapidly through the banking ranks. She made it all the way to Head of corporate Banking for East Africa (the first time the position went to a non-white European). I was proud of her, but I always told her, I was afraid that working so hard to build a business and see it destroyed by politics or changing regimes in Africa scared me. She told me I was crazy to stay on in Europe.

We would talk whenever, the chance arose but generally got on with life. Until Magufuli became president. She like most people in TZ was happy and in congratulatory mood. I recall her twitter post on the day.

Munange, fast-forward a few months and her phone was not picking up. Her secretary was nolonger available. Ko Nze, I will call her mum and see if all is well. It turns out my dear friend was one of Pombe’s first examples. She had got caught up in a deal involving the head of TZs equivalent to our URA, a $600m loan and a kick back of $6m that had the New president seeing Red.
That’s how my beautiful Shose ended up in TZs prison system until last year when she finally made it out. Shose was so glamorous and chic that it was shocking to see her carry a bucket for her needs into prison.
But that’s how Pombe liked to do his things, he was not too keen on the Elite and their privilege and my friend represented that.

NO one knows what the future holds with the demise of Pombe, but I hope it’s brighter.

Some Of Uganda’s Mysterious Deaths

Some Of Uganda’s Mysterious Deaths 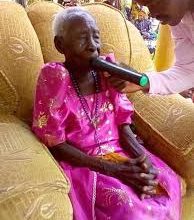