One of the iconic philosophers in history, Rene Descartes, came up with a method of searching for truth by use of ‘doubt’.
Sitting before a fire, he wondered if there was any certain reason for him to believe that indeed he was seated there, and not dreaming. He asked if he was not being deceived by a ‘malignant demon’ that the scene, including his existence, was real.
But then, he said to himself, I cannot be doubting (thinking) except if I exist. That then became his first certain truth. Hence the famous dictum: “I think, therefore I am”. Living in Uganda today, many of us find ourselves at Descartes’ doubt. Not as a method of establishing the truth, but in shock and wonder as we get overwhelmed by government scandals. It gets to a point of being too much to be believed to be real.
To help ourselves to live with some of these overwhelming realities, we cushion ourselves with denial. Just like a person receiving news of the death of a dear one, you tell yourself: ‘no, this can’t be true’. Sometimes when reality becomes unbearable, the mind has an adaptive way of shielding itself with self-deceit, superstition, distraction, hopeless hope, or dissociation. Uganda is there.
In Timothy Kalyegira’s description of the evolution of the NRM government, we are at the ‘silly phase’ – that stage at which we have been relegated to a helplessness by which we can only look on as self-consumed gluttons dig our national grave with their teeth.
‘Management by Scandals’ could be a new approach in the book of Management Science, and one keenly followed in our bastardised land. In this, the strategy is to overwhelm the citizenry with scandals, to a point where it appears meaningless for us to discuss them anymore. Who would be willing to spend their lifetime reacting to depressing stories of scandal after scandal?
When you realise that almost every other month or week there will be another scandal, you are likely to choose to mind your own business and move on with what you can do for yourself. This is how some Ugandans have stopped following national news, for the sake of maintaining their sanity. When do we hear good news from government nowdays?
Many sober people in government have gone silent, remaining to watch the constant absurd drama of the triumphant arrogant crop of the condescending mediocre sycophants who hold the real powers of state. As the president is gradually withdrawing into senility while he and his beneficiaries are still keen on keeping their privileges, every watt of power he cedes is quickly claimed by (or handed over to) witless binge eaters keener on harvesting the country into their houses.
So, we are at a stage of steady supply of scandals, waking up every other time to a screaming headline. Odd things happen, and the relevant offices start acting like children whose father is farting in a room. They can only say ‘it is not me’, but can’t point at the source – or else they will be chased out of the house.
Some months ago, Inspector General of Government Beti Kamya got excited beyond ‘above’ permissions, and suggested conducting lifestyle audits of public servants. This would quickly lead us to the guilty buttocks. Well, predictably, the idea was ushered to the bin by the ‘above’. Now she speaks in non-Pentecostal tongues!
Had this initiative been miraculously given headway, perhaps today the IGG would be investigating the source of the (in)famous Birthday funds; measured against the official salary of the UPDF officer. But such sanity is not stuff for the ‘silly phase’. Beyond the source of funds, if the consciences of the organisers were alive, there were other commonsense questions to ask.
At a time when the country is crying about skyrocketing prices of basic commodities, and the unbearable cost of living, would that be the right timing for a public officer to throw a pompous party for a birthday ‘achievement’? Moreover, adding insult onto injury, blocking roads! Even if it was his money, his wish, and within his biologically acquired powers, would it be prudent?
There are many desires within our means which we choose to shelve guided by the sense of shame, humility, care, and civility. And, even if we were to ignore these social sensibilities, there was still another phenomenon for wonder. Knowing where real state power is shifting to, political opportunists are adjusting accordingly. Seeing some ‘dignitaries’ flagging their invitation cards in pride and later importantly arriving at the event, you could only ask yourself if you were not dreaming.
Were the police’s traffic guidelines for the day real or we were dreaming? Uganda Police warning us in advance, without blinking, about roads that were to be closed because a UPDF officer was celebrating his 48th birthday on a busy Saturday? No, some malignant demon is deceiving me. That didn’t happen. Police can’t be that silly.
Meanwhile, we are still convincing ourselves that it is not real that government is granting monopoly over coffee export to an Italian ‘investor’. Yes, the same investor that is entangled in a hospital scandal. But what can Ugandans do? They will simply talk, as they have been brutally desensitised from protests.
Do Ugandans even still have time to analyse one scandal? Isn’t Management by Scandals meant to make us used to scandals and let them be? Aren’t we supposed to focus on alcohol, entertainment, and sharing jokes?
If vigilant citizenship exposes you to the risk of high blood pressure, don’t you withdraw to saying: ‘I don’t like politics’? You clearly know you can’t ignore politics because it influences almost everything, but what do you do? And that is exactly where they want us to be in this ‘silly phase’ – to give up on governance issues, so that they can spoil themselves unbothered.
jsssentongo@gmail.com
The author is a teacher of philosophy. 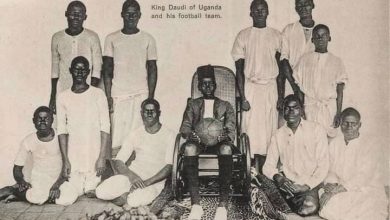