The 35 years president of Uganda General Tibuhaburwa Museveni, after a month of total silence about serial greater Masaka enclave wanton daily killings, where at least two people per night are killed, on Tuesday, came out and said “the game is over for the pigs who are bent on killing people”.

The presidents statement, came toes on heels a day after his state minister for internal affairs general David Muhoozi, the country’s police director of operations and its director CIID had, at long last, having succumbed to the hue and cry of various Masaka local leaders and members of parliament, camped in Masaka to over see operations to hunt down orchestrated murders.

What is intriguing, is that despite these belated interventions the murderers continued with their now designed murder paradigm.

Mr Andrew Karamagi feels, there’s more to these killings than what meets the eye. Below is his analysis of the situation.

A false flag operation is an attack or hostile action that is blamed on another party by the perpetrator.

The purpose can be anything from causing mass fear, achieving certain (usually unpopular) political objectives, to framing a political opponent. A false flag attack can also be staged to divert public attention from something that the perpetrator wants to conceal.

At the burial of Prof. Adonia Tiberondwa in my home district of Bushenyi in December 2004, Maj. Gen. Kahinda Otafiire revealed that the National Resistance Army (NRA) rebels used to wear Uganda People’s Congress (UPC) colours and kill people in order to make people think these were actions of the UPC government.

This is how the NRA tricked the population of Luwero into supporting them and loathing everything UPC. (See page 345 of Godfrey Mwakikagile’s book, Uganda: A Nation in Transition)

In the dead of the night of 31st of August 1939, Nazi operatives, wearing Polish military uniform entered Germany’s Gleiwitz radio tower and broadcast a brief anti-German message (in Polish). They left dead bodies dressed up in German uniforms at the scene. This was used by Adolf Hitler as part of the basis for Germany’s attack on Poland the following day. Gleiwitz was a classic ‘false flag’ operation.

On 2nd August 1964, three Vietnamese torpedo boats fired at an American destroyer, the USS Maddox, in an area known as the Gulf of Tonkin. The US intelligence community fabricated a false flag attack two days later, in which the Viet Cong were blamed for striking a US vessel. This gave US President, Lyndon Johnson, the justification he needed to successfully request permission from Congress, (thereby fulfilling the US’s secretly long-held wish) to join the action in Vietnam—a decision that proved incredibly costly.

Back home in Uganda, several questions abound about why the ruling NRM junta is 100% capable of stopping a demonstration or protest—anywhere in the country—in record time, but supposedly does not know and cannot apprehend a bunch of machete-wielding bandits roving about Masaka.

If it is true that these gangs cannot be traced, we should question the seriousness of a police force and military which only excel at harassing civilians for partisan political motives but are completely clueless when the real criminals show up.

Otherwise, we have reason to suspect that this could be a false flag operation.

The parallels with the spate of killings of women in Entebbe in 2017, similar murders in the Greater Masaka region in 2018, the regular burning of schools and markets over the years, and the string of bombings in bars and other nightspots in the mid-nineties, are too glaring to treat as “isolated incidents.” On a related note, it would be great to read the report by private investigators into the July 2010 bombings in Kampala.

I’ve conducted the basic research for you. And I now invite you to use this information to draw your own conclusions. 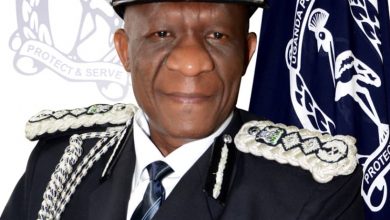 Social Deception And Its 6 Stages