A Brief History of Elections in Uganda

The practice of leaders assuming office through elections in Uganda can be traced to pre-independence period, when the British colonial­ government made a statute that allowed Africans to participate in local elections starting with the Legislative Council (LEGCO) which was a precursor to Uganda’s independence in 1962.

In the same year, the government convened a Constitutional Conference that debated the preparations for independence. The Governor, Sir Andrew Cohen, appointed Hon. J.V. Wild, the Colonial Administrative Secretary, to chair a committee to recommend the form of elec­tions and the functions of members of LEGCO which would be introduced in 1961. The Wild Committee was also to determine the number of seats in the LEGCO, their allocation among the Protectorate regions, and to set up structures to organise elections leading to independence.

In March 1961, the Colonial Gov­ernment organised direct elections, in which two political parties, namely, the Democratic Party (DP) and the Uganda People’s Congress (UPC) contested. Buganda Kingdom boycotted the elections, and insisted on its demand to have its representatives elected by the Lukiiko, its local legislative assembly. DP won the elections with 43 seats, while UPC got 37 seats; hence DP formed the first ever internal self-government, headed by the Chief Minister, Benedict Kiwanuka.

The 1961 elections were considered unrepresentative because of the boycott by Buganda; hence the Colonial Government organized fresh elections in 1962. Buganda Kingdom was granted its request to hold indirect elections and its Lukiiko [local assembly] nominated 21 representatives to the National Assembly, who represented the Kabaka Yekka (KY) Party.

On 25th April 1962, the Colonial Government organized the National Assembly Elections, in which DP won 24 seats, while UPC won 37 seats. UPC made an alliance with KY Party who had 21 representatives, and formed a UPC-KY government, headed by UPC’s Milton Obote as the first Prime Minister of Independent Uganda.

1964 and the first Referendum in Uganda

In 1964, the new government organized the first Referendum in Uganda, in accordance with provisions of the 1962 Constitution, to determine whether the counties of Buyaga and Bugangaizi, (which had been transferred from Bunyoro Kingdom to Buganda Kingdom in 1894-95 by the colonial administration) should remain in Buganda or be returned to Bunyoro. Voters in the two counties overwhelmingly voted to return to Bunyoro Kingdom.

Although the 1962 Constitution had provided for holding elections after every five years, this did not happen; post-independence elections scheduled for 1967 were not held because of the effects of the political crisis of 1966, which saw the abolition of kingdoms in Uganda and establishment of a Republic. The anticipated elections of 1971 were canceled by Idi Amin when he took power through a military coup, and abolished the Constitution. From 1971 until 1979, Uganda was ruled by decree.

After the overthrow of Idi Amin’s military regime by the Uganda National Liberation Front (UNLF) in 1979, the transitional government, the Military Com­mission, appointed an Electoral Commission headed by Kosiya M.S. Kikira, to organise and conduct General Elec­tions in 1980. Other members of the Commission were S. Egweu, Kera A. Bilali, and M. Matovu, with Vincent Sekkono as the Secretary.

Four (4) political parties participated in this election held on 10th and 11th December, 1980, namely, the Conservative Party (CP), the Democratic Party (DP), the Uganda Patriotic Movement (UPM) and the Uganda Peoples’ Congress (UPC). Four ballot boxes were used at each polling station, one for each political party.

At the closure of polling, Mr. Muwanga Paulo, the Chairman of the ruling Military Council, took over control of Electoral Commission, and declared he was the only one to announce the final election results.

UPC was eventually declared winner of the elections; however, DP and UPM dis­puted the results; and a guerilla war ensued, involving several fighting groups opposed to the UPC government led by Apollo Milton Obote. The government was overthrown in a military coup on 25th July 1985, just as preparations for General Elections were underway.

VARIOUS BUSINESS IDEAS FOR YOU COURTESY OF UGANDA INVESTMENT AUTHORITY 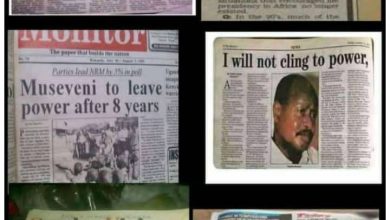