Uganda Today has picked out these two for its reader’s independent judgement.

Drew Ddembe, I have the impression you are financially sound to an extent you pay upfront in all your transactions . Some financial institutions have some smaller texts in their contracts that many fall prey to.
Supernormal profits are derived from such bad faith. Supernormal to roughly mean extraordinary.

Lastly I fail to understand why you don’t appreciate the good will of entrepreneurs like Bitature. They mean a lot to a country’s advancement.

Such entities that destroy their hosts were referred to as unsuccessful if I can remember my basic biology subject matter.

Borrowing is not about being financially sound! And contrary to what you believe, I have borrowed to invest all of my adult life!

All financial institutions have got small print in their contracts. It’s your responsibility as a borrower to read them. As a matter of fact some will even put in a disclaimer to state that you should speak to your lawyer and financial advisor before signing!

There is no such thing as supernormal profits when you are dealing with people who borrow in such bad faith that they would try to use a loophole to deny any liability after taking your 10 million dollars, a fortune by any standards for 8 years and not pay a cent back and even have the audacity to declare you a ghost! Only the highest rate of interest can cater for the risk of lending to such people for your reward maybe bankruptcy instead of profit!

Investment isn’t about good will. It’s about profit and self interest. An entrepreneur with goodwill appreciates a lender who will risk lending them 10 million dollars to expand their business and seeks to maintain the relationship by servicing their loan! Your man has not according to court records paid back a single cent in 8 years!

Borrowers who use loopholes to avoid paying back aren’t good for the countries advancement for they affect the country’s credit rating which will affect investment capital inflows and FDI. No foreign investors will want to lend 10 million dollars to borrowers in a country where there is no one to hold them to account! Uganda needs foreign investment and international lenders.

You are confused about your biology! Indeed a parasite that destroys its host is an unsuccessful parasite. The real question here is what to call a borrower who destroys the lender! That borrower is a parasite and an unsuccessful one because no one will be lending them again plus the host will not be available for other parasites to live off. That parasite like malaria therefore needs a very strong dose of quinine to eradicate it!

Borrowers particularly unattractive borrowers who put financial lending and the country’s credit rating at risk are not development oriented entrepreneurs. They are narcissistic pirates and raiders who don’t care who gets hurt in the construction of their business empires and thrive off the blood and tears of others and they are not beneath declaring their lenders to be ghosts in order to walk away from their obligations. This money from foreign lenders often comes from small investment firms using the pensions and savings of working mums and dads or grandpa’s and grandma’s.

Contrary to what some people assume these aren’t victimless crimes! Real people get hurt as their pension and lifetime savings can get wiped out by one borrower. Of course the bigger lenders maybe able to cushion themselves by spreading out their risk and insurance but again insurance is a cost that’s passed on to everyone! The net result is avoiding a certain type of borrower, or increasing the interest rate and tightening the terms for certain borrowers in this case Ugandan business in need of start up capital or funds for expansion!

A debt implies an obligation to pay! A contract regardless of the terms is binding once you sign it unless you are impaired or under duress. Now your hero can hardly be claimed to be cognitively incompetent, inexperienced in the world of finance or a man to sign a dodgy contract against his own interests under duress. The claim that he signed the contract by mistake and was duped is quite frankly an insult to his own intelligence! In fact the money was obtained from South Africa which required his involvement and if this contravened any laws, he would be an accessory if not a culprit liable to prosecution for money laundering!

Your word should be your bond! I am a stickler to this last one. With or without a contract, if I lend you money, you owe me and I do not expect to run after you, remind you or go to court let alone prove my existence before you pay back at the schedule you agreed to!

I find that many Ugandan borrowers fail this last one and apparently your hero does too! The ball is in his court to prove otherwise!

I find that money can be a very useful tool to work out who one can trust and who one cannot. Ten million is a small amount in international finance but it can lose the country the chance to access billions in finance and FDI.

Lenders will only lend if its easy to collect and the country’s courts are cooperative. This case coming on the back of Ham’s case will see lenders review the risks of lending to Ugandan businessmen! 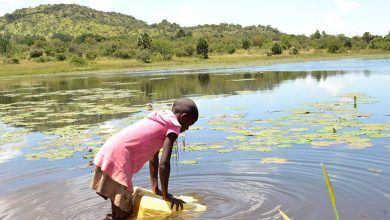