President Tibuhaburwa Museveni took the mantle of presiding over the political dispensation of this country in January 1986.

This came about as a result of a protracted 5 year guerilla war that was sparked off by the Obote organized charred presidential elections in 1980 December that saw him lead the impoverished country until the 1985 coup-de tat that toppled him (Obote) and ushered in a short lived presidency of General Tito Okello Lutwa.  Lutwa was deposed by president Museveni.

Four (4) political parties participated in this election held on December 10th and 11th, namely, the Conservative Party (CP), the Democratic Party (DP), the Uganda Patriotic Movement (UPM) and the Uganda Peoples’ Congress (UPC). Four ballot boxes were used at each polling station one for each political party.

At the closure of polling, Mr. Paulo Muwanga, the Chairman of the ruling Military Council, took over control of Electoral Commission from Mr. Kosiya M.S Kikira and declared he was the only one to announce the final election results.

UPC was eventually declared winner of the elections, however DP and UPM disputed the results and a guerilla war ensured involving several fighting groupings opposed to the Obote government led by Apollo Milton Obote. Obote’s government was overthrown in a military coup on 25th July 1985, just as preparations for general elections were underway.

President Tibuhaburwa and his Empty Promises.

After swearing in on January 29th 1986, president Tibuhaburwa declared that he had ushered in a “fundamental change” completely different from his predecessors where “this group would get rid of the other” but all were going back to square one or puting the country into a worse state from the previous government. “Don’t count us in that category”. President Museveni declared.

He promised to organise elections after three years, however, living to his stature of a political demagogue, the president came to the dais, convincing citizens that there was no way he could organise elections when the country lacked a constitution.

In 1988 the National Resistance Council (NRC) which served as the parliament, enacted statute No.5 which established the Uganda Constitutional Commission  (UCC) to collect views on constitutional issues from the population and institutions, and draft a new constitution for Uganda.

In 1993, president Tibuhaburwa appointed a commission for the Constituent Assembly (CCA) for the purpose of organising elections of delegates to the Constituency  Assembly (AC) representing all constituencies in Uganda which debated and passed the draft Constitution.

After all this laborious but worthy work, a new Constitution was enacted and promulgated in 2005. Having led the country for 10 years, just like a good Chess player who can read the mind of his opponent, president Tibuhaburwa, knowing pretty well at the back of his mind that he had led the country for those 10 years as a rebel leader not elected by citizens, president Museveni subjected himself to presidential elections in 1996.

His arch rival  was the veteran political honcho and Democratic Party President then, Dr. Paul Kawanga Ssemogerere. As has been a norm since then to date, president Tibuhaburwa appointed, Electoral Commission Chairman Steven Besweri Akabway declared him winner.

2001 came and president Tibuhaburwa was at it again convincing citizens that since the Constitution allowed an incumbent president only 2 terms of 5 years each, citizens should allow him his last term so that he retires peacefully.

At this time, many voices of dissent had continuously started to emerge from within his organisation NRM ranks which the president failed to subdue, despite all efforts to thwart Dr. Kizza Besigye Kifefe, his erstwhile bush days doctor to vie with him for presidency. Dr Besigye cut his teeth in the politics of the country as president Tibuhaburwa main rival for more 20 years to come.

2005, to the consternation of many of president Tibuhaburwa’s echelon of NRM namely: Jaberi Bidandi Ssali, Nuwe Amanda Mushega, Miria Matembe and late Eriya Kategaya, president Tibuhaburwa engineered the removal of term limits from the Constitution, something which they all disagreed with. Using his powers as president all those who disagreed with him openly were all sacked from cabinet. Indeed applying carrot and stick strategy with his cabinet and parliament, the Constitution was amended to pave way for him to stand for presidency in the country’s 2006 general elections in which he was declared a winner by his appointed Electoral Commission Chairman, the late Hajji Aziz Kasujja. Just like elections of 2001, his arch rival Dr. Kizza Besigye took him to court citing several electoral malpractices and open vote rigging.

The supreme court headed by the president’s appointed Chief Justices have since 2001 fallen short of nullifying his declared wins despite the fact that, on all occasions, court found him guilty of vote rigging, but argued that it wasn’t substantial enough to warrant presidential elections nullification.

In 2017 with his eyes glued to the pending elections of 2021, yet there was an impediment of age limit of 75 years that would have ruled out his candidature, the president applied all the might of incumbency and being the commander in chief of coercive forces to ensure that the age limit cap was deleted from the Constitution.

As if heavens would have fallen on Uganda if elections were held without his name on the ballot paper, hell broke lose, when the president sent the army to beat up members who were opposed to lifting the age limit cap. A number of opposition members of Parliament were brutally man handled and maimed with irreversible permanent disability like the one suffered by Mukono municipality member of Parliament Betty Nambooze Bakireke.

In the words of his rival for presidency for 20 years Dr. Kizza Besigye Kifefe, in 2021, “the country had the most violent elections never witnessed before in it’s history”.

“Am the only person with a vision to lead Uganda”

“After 75 years nobody can be a good leader”

” I am not a servant of anybody, i work for myself, children and grand children”

It’s a paradigm now that since the days of Mr. Steven Akabway,through to his successors Hajji Aziz Kasujja, Engineer Dr. M. Kiggundu and the current Electoral Commission Chairman Justice Byabakama Mugenyi Simon, President Tibihaburwa has paid a deaf ear to the hue and cry of citizens who have demanded and echoed the Supreme Court order to constitute an independent Electoral Commission whose Commissioners aren’t appointed by the president.

This lopsided status has enabled him to sail through troubled waters to the shore something which he wouldn’t have achieved had he succumbed to the demands of the electoral reforms from the population.

The Efficacy Of Harnessing The Power Of Networks 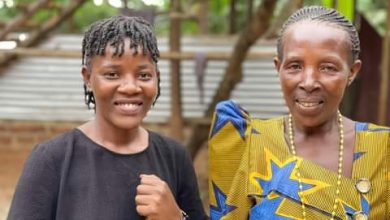