Two salient statements came to public domain during the commemoration ceremony of Benedict Kiwanuka  in Kampala. One was made by the president and the other by the Chief Justice.

The President blamed the now presumed dead Benedict Kiwanuka for having accepted to offer services of Chief Justice under president Idi Amin!.The president in no small measure contradicted himself with the current stance he has recently taken to oppose bail to suspected capital offenders. Indeed today, the president failed to convince his NRM caucus to toe his line to expunge the bail prerogative for capital offenders from the constitution. The Reason why Benedict Kiwanuka rubbed president Idi Amin the wrong way, was because the Chief Justice had ordered release of of foreigner from jail yet the president wanted him to remain incarcerated.  This is a very salient irony on the part of the president.

For the part of the chief Justice in the most inadvertent manner,he exonerated former presidential candidate Kyagulanyi Ssentamu for withdrawing his case against the president when he admitted that “the president has a lot of decision making in some cases”. Chief Justice added that Ugandans didn’t know that the “president is a court appellant”. This explains why all the 4 times Dr. Besigye took president Tibuhaburwa to court, he was wasting time.

Hussein Lumumba Amin explains why the president should have apologised to Bendict Kiwanuka family instead of blaming him posthumously.

On behalf of the bereaved families, allow me to hereby state that in attending Chief Justice Ben Kiwanuka’s memorial ceremony yesterday, the right thing would have been for Yoweri Kaguta Museveni to apologize to the family and ask them for forgiveness.
Just three months after the abduction of Chief Justice Benedicto Kiwanuka, Mr. Yoweri Museveni was found driving the very Volkswagen vehicle whose number plate eye witnesses had noted seeing on the abduction vehicle. 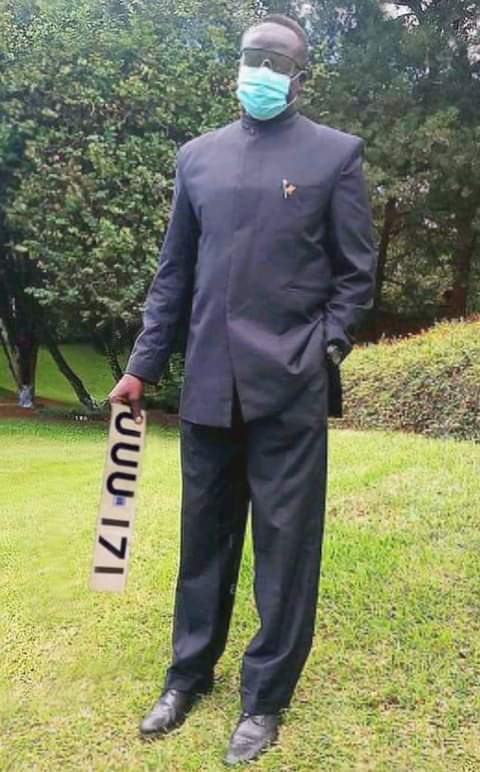 Once cornered by police on January 22nd 1973 at House 49, Maluku Housing Estate in Mbale and asked about the vehicle, Museveni and the three other Ben Kiwanuka abductors drew their weapons and started shooting senselessly at the arresting officers and also at the public. Museveni then fled arrest into a nearby forest, and has been a fugitive from Ugandan law in the Ben Kiwanuka disappearance ever since.
The last time that anyone saw Mr. Ben Kiwanuka alive was during his abduction on 22nd September 1972 from the High Court chambers, and the official Amin government investigation never closed this case. In fact the 1974 Commission of Inquiry established by the government of Uganda clearly states on the Ben Kiwanuka abduction case that “His whereabouts are still unknown”.
Yet for the last 49 years, Milton Obote and Museveni both say he is dead.
How come they know that he is already dead when the government of Uganda was still searching for him, and therefore where is his body which they must have seen dead because that is the only way humanly possible to already know that he is dead?
Secondly, not only has Museveni profusely confessed to being involved in terrorist acts against the people of Uganda at the time, he was actually also found red-handed with the others who were then shot dead in self defence by the arresting officers during that infamous shootout at House 49 where evidence collected thereafter showed that they had actually been interrupted while plotting their next abduction.
Documents gathered from the scene, including a list of target individuals, evidence that one of Museveni’s surviving co-terrorists has recently confessed in the Ugandan media to having been sent to bring them to him, those hugely incriminating documents showed that the string of heinous serial abductions of at least nine other prominent Ugandans in the four months following Ben Kiwanuka’s mysterious disappearance, were all ordered by the late Chief Justices known political enemy, Museveni’s then boss and political hero, dictator Apollo Milton O’boat’e.
However since Museveni hasn’t yet apologized to the victims family 49 years on, and has the guts to annually attend the memorials of his own victims whom he possibly senselessly butchered, then I kindly request him to have the human decency to at least explain to the poor family and to the people of Uganda how he came into possession of the very Volkswagen vehicle whose number plate several eye witnesses had reported seeing in the abhorrent broad daylight abduction of the late Ben Kiwanuka, the very vehicle registration number UUU 171.
Anyone? 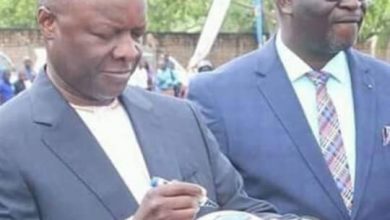