National Resistance Movement is repeating Uganda People’s Congress’ folly based on directive that only NRM supporters must benefit from national programmes.

Mr. President, from joining Makerere University as a Lecturer in 1990, I have given my whole to the promotion of agricultural transformation in Uganda. In the Faculty of Agriculture, professors Patrick Rubaihayo, Adipala Ekwamu, Sam Kyamanywa, Elly Sabiiti I and others revived research and graduate training that had collapsed during Idi Amin’s time and during the war years of 1980s.

Working with our students and colleagues in National Research Organisation (NARO), we made Uganda one of the strongest centres of agricultural training and research in Africa, a status that remains today. In 1990, we formed the African Crop Science Society and launched the African Crop Science Journal, as the center pieces of African agricultural research, dialogue, and scientific sharing. I was a founding Associate Editor of the journal and remained so until joining Parliament in 2001.

In 1996 your Government, under then-Vice President Dr. Specioza Kazibwe, formulated the Plan for Modernisation of Agriculture (PMA) to move our agriculture forward. This PMA set a clear vision, strategies, output goals, time frames and resource outlays. However our detractors, working through World Bank/IMF and the Donor Group, derailed that initiative. Instead, they forced a revision of PMA to merely provide “enabling environment” for the private sector to do agriculture. By this, they pushed Government out of its transformation, leadership, and development role in a sector that is the core of our rural livelihoods and that, to this day, holds the greatest potential to equitably move our country forward.

In particular, they dismantled the traditional Agricultural Extension System critical to transforming the productivity of our technically illiterate and resource poor rural farmers, and forced creation of the National Agricultural Advisory Services (NAADS) as a “demand-driven” agricultural extension system. Some of us saw the fallacies and resisted. As the Agricultural Sector Expert, I helped write into the Uganda Vision 2025, in late 1990s, a very clear vision for our agricultural transformation. In the 1998 edition of UNDP Uganda Human Development Report, titled “Towards Rural Transformation”, I drew specific lessons from the tremendous success Uganda made in the 1960s to guide us. Amongst key recommendations I made were:

(i) setting and acting on clear transformation goals; (ii) revamping extension services; (iii) allocating adequate funds to agriculture; (iv) creating a “Bank for Integrated Rural Development” to avail concessionary long-term financing for rural investments in agriculture, industries and services; and (v) depoliticising the Local Council systems and making them critical instruments for rural mobilisation and transformation. Ghana and Rwanda later did this to great success.In 2000, I also reviewed with others, under Vice President Kazibwe and General Salim Saleh, the donor mutilated PMA, and re-emphasised the need for a focused interventionist approach to agricultural development for our country. We bluntly stated that conditions would never create change, and that only clear focus, solid resource outlay, and single-minded pursuit of our vision and set goals for agricultural transformation would do so.

When I joined Parliament in 2001, I carried these efforts there. As a leading member of the Agriculture Committee, I did all in my power to support the sector; to plead for adequate funding, and for an independent, expertise-driven PMA and target-specific NAADS; and, with late Dr. Okullu Epak, ensured establishment in law of an independent National Planning Authority to spearhead Uganda’s development.

My frustration with the cowardice of then Minister of Agriculture and selfish intrigues in the committee forced me to shift to the Committee on Local Government in 2004.As Leader of Opposition in the 8th Parliament, I firmly pointed out to you the futility of pursuing an agricultural agenda that lacked focus, clarity of purpose, and specific goals and resource outlays. Repeatedly, I warned against mere sloganeering- such as “prosperity for all”- and the futility of politicising NAADS. I also warned of the attendant dangers to our food security and future stability, given declining agricultural productivity, increasing disparities between rich and poor, urban and rural, and North/East verses Central/West, and the threats that our high population growth and irrational expectations on oil paused.

On leaving Parliament in 2011, I plunged into farming to demonstrate the possible; to appreciate challenges; and to help inform requisite decisions for best ways forward. I also supported commercial large-scale agriculture in Acholi, including your noble quest to see Amuru land and Nile waters used to expand sugar production and create opportunities for out growers and jobs for our youths who lost out on education during the Lords Resistance Army (LRA) war.

In supporting you, I bore the hatred of some of my own Acholi people, and the insults of those who still find comfort in opposing anything you do even if in the people’s best interests. Being Deputy President of Forum for Democratic Change (FDC), I was labeled a sell-out, an opportunist and an opposition about to cross to NRM. I did not mind because I knew that, on this, I and you were right. Even more, at your request, I accompanied your Ministers on an official visit to Malaysia to appreciate how they rapidly transformed as we spent valuable time and resources killing each other. I indeed reported to you how their Federal Land Development Authority (FELDA), through vision, solid legal framework, resource commitment, equity and single-mindedness, used land and agriculture to transform the lot of rural Malays and helped modernise that country. I followed this with other counsels to you on agriculture.

Mr. President, I did all, and in particular stuck out my political neck because of my knowledge, deep conviction, and passionate belief in this country and its agricultural potential. I know the unparalleled agricultural potential of Uganda in the region and what it can do to our country and people if well developed. I know the threat our population explosion and unrealistic diversion of youths away from patience and hard work, through patronage and false hope in oil, pause to our food security, rural livelihoods, and development. I in particular know that, whereas oil destroyed peasant agriculture in Nigeria, Gabon, Angola etc., these countries import food through their own ports. Being security-conscious Mr. President, have you considered what risks the current neglect of agriculture predisposes Uganda to if in future we have to grow food on the shores of Kenya or Tanzania just to feed ourselves?

When you declared disbandment of NAADS, some of us kept quiet. We understood your frustration with why your pronouncements were not bringing change, and a probable realisation that you, not being God, cannot just will things to happen. We also knew your exasperation with corruption and theft under your charge.

Accordingly, and out of respect and recognition, we extended our goodwill and gave you the benefit of doubt, in spite knowing that the soldiers you assigned to man NAADS were like persons who never learnt how to drive cars being assigned to teach others how to drive! If we spoke, we would have been misunderstood.

However, watching the funeral of Singapore’s founding father and transformation leader, Lee Kuan Yew, I was sent into deep reflection. I noted, in particular, the simple eulogy by his son and current Prime Minister who said that, for his father, commitment to develop Singapore was not about himself or any group but was about “all of us”. Mr. President, reflecting on Singapore’s progress and the legacy of Lee Kuan Yew, what came to my mind was not your legacy, for that is your sole responsibility. Rather, it was the fate of our beloved Uganda and “all of us” in the face of what you are doing to agriculture. I would also probably not have written except for news about NAADS that came from my Agago District. Through the UPDF Major in charge of NAADS in Agago, you sent a set of dairy cows (Friesians) to us. The cows were given out in keeping with your recent directive that “NAADS and other Government programmes must benefit only NRM supporters”.

Hazardous weather afflicts farmers so often yet government selectively offers mitigating reliefTragically, rather than benefiting ordinary people who in 2011 helped you win Agago and oust me from Parliament, my District Chairman, Mr. Peter Odok w’Ochieng, and his Executives, the RDC who does not even come from Agago, and key NRM LCIII Chairpersons and functionaries shared out the cows. Worse, none had been trained to handle the delicate animals in our environment, most of which may die. I would not have minded if genuinely deserving people in Agago got the cows on account of their support for NRM. That would not have been new, and neither would it have been disconcerting. You see, under Obote I in the 1960s, Minister of Works Eric Lakidi, an Acholi, graded Karamoja roads. On reaching Agago, however, he carried away the tractors, sarcastically asking us to bring DP tractors to grade our roads because my late father-in-law, Jino Obonyo, was our DP Member of Parliament. Of course the UPC Government went and Agago remained, sadly for NRM to now repeat UPC’s folly.

Mr. President, as an Opposition politician, I selfishly considered the opportunity offered us to de-campaign you and NRM by your officials “eating” the cows, but we would be no different. Being a responsible Ugandan, I instead reflected more on the fact that NAADS is not an NRM programme but a national one for which you and your Government are obligated under our Constitution to implement without discrimination. I considered going to court to end this abuse. More importantly, I also know that if this is happening throughout Uganda, as I suspect it is, you are sowing not the Mustard Seed but a terrible seed of resentment, division and senseless hatred that, sooner rather than later, will explode and engulf us all.

Because this country is about “us all”, and we too love it and mean well, I passionately appeal to you to end this senseless abuse of NAADS. Ugandans have suffered for far too long because of bad politics and greed, and we surely must learn from our bitter past.

Prof. Morris Ogenga-Latigo is a former Leader of Opposition in the 8th Parliament.

Social Deception And Its 6 Stages 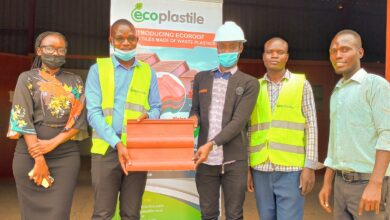