This author describes the World’s richest man as a person who made a fortune without adhering to the standard arguably acceptable norms and principles of business.

Here’s What He Had To Say

For years, I saw 𝗘𝗹𝗼𝗻 𝗠𝘂𝘀𝗸’s name and articles written about him, but I didn’t give them much attention. I knew that he founded PayPal, Tesla and SpaceX and that he’s fabulously rich—and that was pretty much it.

Recently, after reading an article his former wife wrote for Marie Claire, a magazine, I started watching videos about Musk on YouTube. As I watched the videos, I realised he’s a man of 𝗶𝗻𝘁𝗲𝗹𝗹𝗲𝗰𝘁𝘂𝗮𝗹 𝘀𝘁𝗮𝗺𝗶𝗻𝗮. That’s what fascinates me about him.

Musk is an original thinker, and that’s no mean feat. Of course, everyone thinks, but most of us think or want to think what the majority think(s). We don’t have original thoughts. For many people, it’s difficult to believe that they can be right if millions of people think they’re wrong.

Musk says studying physics taught him how to think properly, to solve problems, to question what he thinks; to always assume you could be wrong unless you have irrefutable evidence that you’re right.

I’ve watched his videos with rapt attention, and I can say that if you’re looking for people who think critically, Musk is your man.

Critical thinking, it seems to me, informs his business decisions. Consider this: Millions of people think that if you make a product, you must advertise it to get customers. But because Musk is an original thinker, he took a different approach when he founded Tesla. He said no to advertising.

“Focus on signal rather noise,” Musk says. “A lot of companies get confused. They spend money on things that don’t actually make the product better.”

“At Tesla,” Musk adds, “we’ve never spent any money on advertising. We’ve put all money into research and development, and manufacturing and design to try to make the car as good as possible.”

That’s original thinking for you.

Who is Elon Musk?

Elon Reeve Musk FRS (/ˈiːlɒn/ EE-lon; born June 28, 1971) is a business magnate and investor. He is the founder, CEO, and Chief Engineer at SpaceX; angel investor, CEO, and Product Architect of Tesla, Inc.; founder of The Boring Company; and co-founder of Neuralink and OpenAI. With an estimated net worth of around US$221.4 billion as of July 2022,[5] Musk is the wealthiest person in the world according to both the Bloomberg Billionaires Index and Forbes‘ real-time billionaires list.[6][7]

Musk was born in Pretoria, South Africa, where he grew up. He briefly attended the University of Pretoria before moving to Canada at age 17, acquiring citizenship through his Canadian-born mother. Two years later, he matriculated at Queen’s University and transferred to the University of Pennsylvania, where he received bachelor’s degrees in Economics and Physics. He moved to California in 1995 to attend Stanford University but decided instead to pursue a business career, co-founding the web software company Zip2 with his brother Kimbal. The startup was acquired by Compaq for $307 million in 1999. The same year, Musk co-founded online bank X.com, which merged with Confinity in 2000 to form PayPal. The company was bought by eBay in 2002 for $1.5 billion.

In 2002, Musk founded SpaceX, an aerospace manufacturer and space transport services company, of which he serves as CEO and Chief Engineer. In 2004, he was an early investor in electric vehicle manufacturer Tesla Motors, Inc. (now Tesla, Inc.). He became its chairman and product architect, eventually assuming the position of CEO in 2008. In 2006, he helped create SolarCity, a solar energy company that was later acquired by Tesla and became Tesla Energy. In 2015, he co-founded OpenAI, a nonprofit research company promoting friendly artificial intelligence (AI). In 2016, he co-founded Neuralink, a neurotechnology company focused on developing brain–computer interfaces, and founded The Boring Company, a tunnel construction company. He agreed to purchase the major American social networking service Twitter in 2022 for $44 billion, but later claimed he was terminating the deal. Musk has proposed the Hyperloop, a high-speed vactrain transportation system, and is the president of the Musk Foundation, an organization which donates to scientific research and education.

Musk has been criticized for making unscientific and controversial statements, such as spreading misinformation about the COVID-19 pandemic. In 2018, he was sued by the US Securities and Exchange Commission (SEC) for falsely tweeting that he had secured funding for a private takeover of Tesla; he settled with the SEC but did not admit guilt, and he temporarily stepped down from his Tesla chairmanship. In 2019, he won a defamation case brought against him by a British caver who had advised in the Tham Luang cave rescue 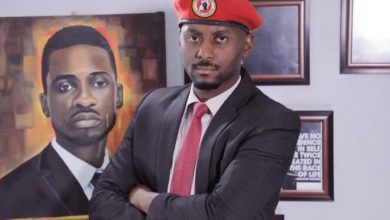